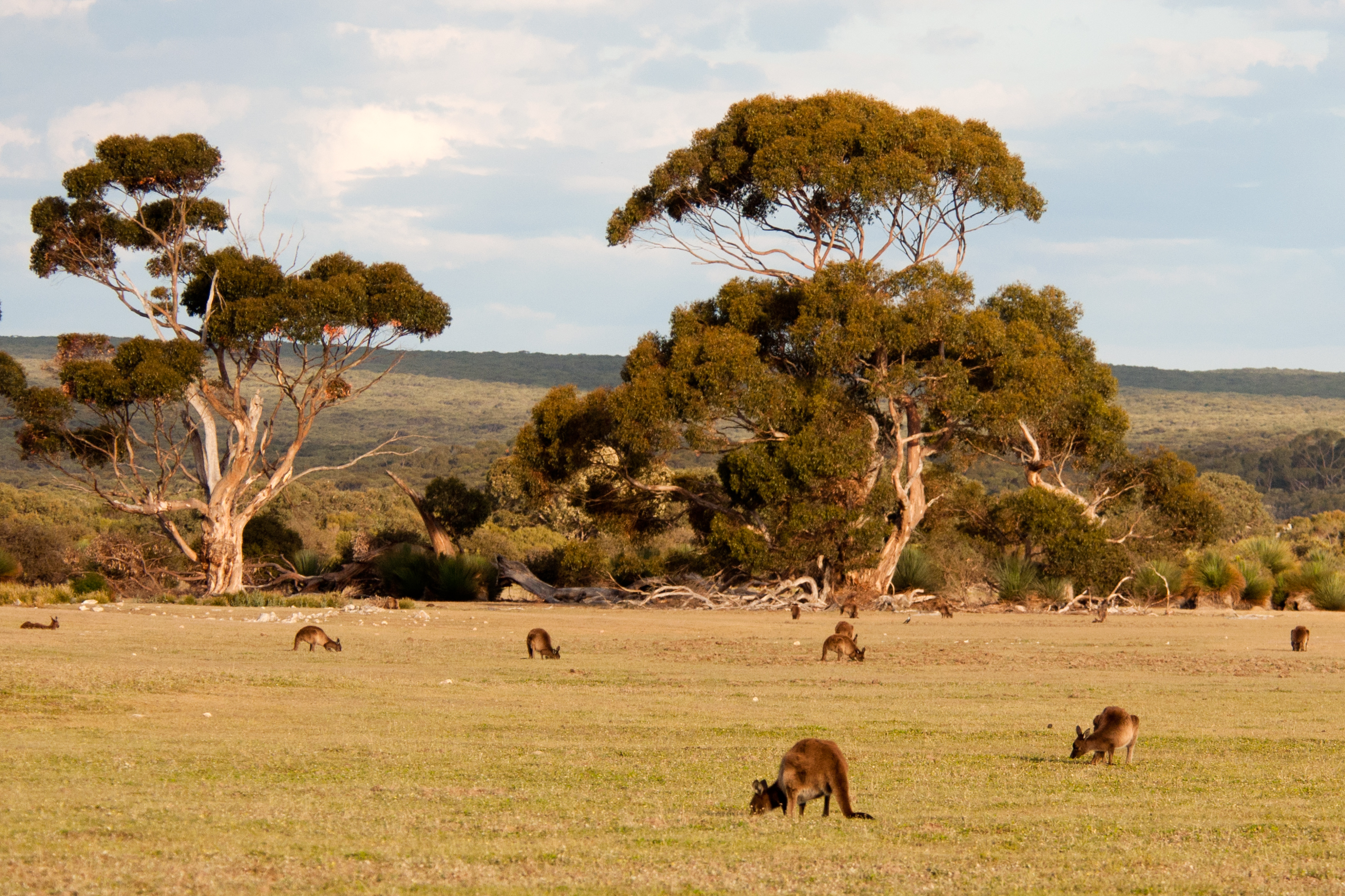 Kangaroo Island – also known as “KI” – is just a 45 minute ferry from the Australian mainland, however it offers incredible opportunities to get up close and personal with Australia’s wildlife in their natural habitat. Much like the Galapagos Islands, animals on KI have been protected from most predators and so they are very friendly and trusting.

Some of the highlights of the island include Seal Bay, where you can wander amongst a large colony of sea lions, and the Flinders Chase Koala Sanctuary. If you’re feeling brave, you can also check out the Raptor Domain – not only do they have an awesome bird show, but a reptile display where you can go full Crocodile Hunter and hold some of Australia’s less furry creatures.

Another popular attraction is Paul’s Place, with the somewhat eccentric but very lovable Paul who takes you on a somewhat haphazard tour around a working farm.

Even if you’re not animal mad (though you may well be after visiting KI), Kangaroo Island offers plenty of other activities, such as ‘Australia’s Best Beach’, Vivonne Bay (which you’re likely to have all to yourself), and a Eucalyptus Distillery.

It’s hard not to visit the super popular Thai islands of Koh Samui, Phuket or Koh Phi Phi without wondering what the islands would be like without the crowds. So, if you’ve had your fix of Thai Whisky and all night parties, and want to go a little Robinson Crusoe, it may be time to leave them behind and search out a more undiscovered location.

A personal favourite of ours is Koh Kood, east of Bangkok and near the Cambodian border. The fast boat takes you into the horseshoe bay, with only a small wooden jetty interrupting the crystal blue waters. There are only 3 “resorts” (we use that term loosely) on the island; the very creatively named ‘Koh Kood Resort’ is one, with a handful of simple bungalows just back from the beach.

There’s not a whole bunch to do on the island, but that’s kind of the point. Just enjoy relaxing on the beach, borrow a kayak or snorkel, or perhaps visit a waterfall – if you can drag yourself away from the white sand!

Spain and France aren’t short on their adorable historic villages, however there is something extra special when you find one that you have almost to yourself. You’re likely to get this in the gorgeous walled Medieval village of Pedraza, about 115km – and 400 years – from Madrid. The entire city seems like a time capsule, without a modern home or car in sight.

Instead, there is an impressive fortress built in the 13th Century which today exhibits works of the painter Ignacio Zuloaga. There are also a couple of restaurants, which punch well above their weight in the cuisine stakes (pardon the pun). There is also a fantastic little pub/bar, which truly looks like something out of the video game ‘Fable’ and serves startling cheap vino tinto. Well worth a visit.

Mostar isn’t quite as under-appreciated as some of the other destinations on this list, being the capital of Herzegovina (there’s a fact to bring out on a trivia night), but it is still unlikely to be on the tip of anyone’s tongue. Although this is quite the injustice for magical Mostar, it’s all the better for the traveller who does discover this enchanting destination.

Probably the most photographed sight in Mostar is Stari Most, the ‘old Bridge’ which features heavily on Pinterest and connects the two halves of the city. The bridge was sadly destroyed during the 1993 Bosnian War, however it has today been loving restored and is now back to its former glory – also bringing back the age old tradition of jumping from it into the freezing waters 20m below. Apparently this local pastime dates back to 1664 – proof that everybody has always loved a little danger in their lives!

Mostar is especially intriguing due to the juxtaposition of dazzling ancient history and its clouded recent past. Bullet holes are still visible from the war of the early 90s, and many buildings remain abandoned, haunting reminders of its former glory. These offer great photographic opportunities as well as the chance to view some seriously cool, politically-charged street art.

If there’s a place in the world that doesn’t deserve its bad reputation, it’s Zimbabwe. Not only are Zimbabweans friendly and helpful, but the country itself is an absolute paradise for travellers. Although there are many great spots here, Masvingo is a particularly underappreciated gem.

The area’s biggest draw card is the Great Zimbabwe Ruins, the country’s namesake which is drawn from the Shona term for ‘houses’. Construction of the vast, walled city began in the 11th Century, making the ruins the second oldest in Southern Africa. The city flourished along with Zimbabwe between 1200 and 1500, before falling into a state of disrepair.

Not far from ‘the Great Zim Ruins’ is the Gonarezhou National Park, which is your chance to spot the Big 5 of African wildlife in a totally pristine and wild environment. You can also get a taste of Zimbabwean life by visiting Lake Kyle, a huge lake where local people love to engage in recreational activities and enjoy the gorgeous scenery.

Top 10 things to do in Prague

The perfect 24 hour itinerary in Reykjavik

The quick guide to Amsterdam’s neighborhoods

The perfect 48 hour itinerary in Amsterdam

Top 10 must-see museums and galleries in the...

The perfect 24 hour itinerary in the Hague﻿

Top 10 things to do in Zürich, Switzerland

Top places to visit in Austria that aren’t...

Find Things To Do